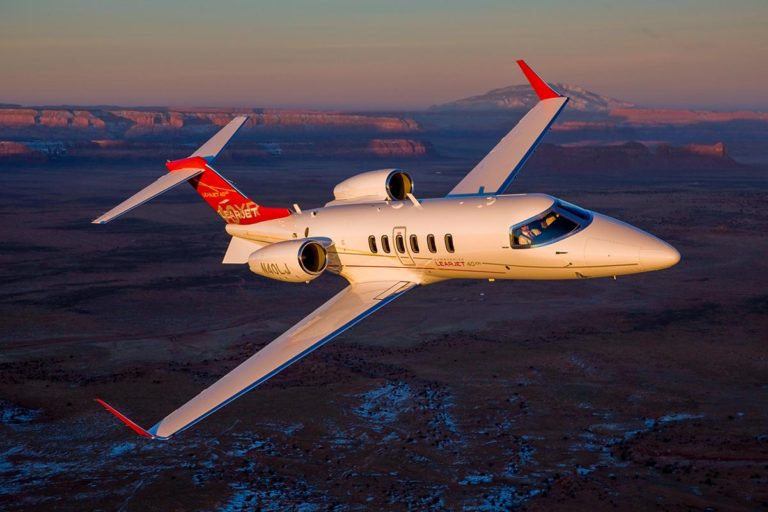 The Learjet 40 (LJ40) is a light business jet produced by Bombardier Aerospace and is derived from the Learjet 45, but with a shorter fuselage (by 24.5 inches/60 cm), and is powered by two Honeywell TFE731-20AR engines. These are known as the “AR” engines. The 40 model takes place of discontinued light Learjet 31a in Learjet model line, with several welcome performance and comfort improvements taken from 45 model.

The prototype aircraft, a rebuilt Model 45, first flew on August 31, 2002, and the first production aircraft performed its maiden flight on September 5, 2002. Both flights took place from the Wichita Mid-Continent Airport. The LJ40 entered into service in January, 2004.

The Learjet 40XR is an upgraded version introduced in October, 2004, offering higher takeoff weights, faster cruise speeds and faster time-to-climb rates as compared to the LJ40. The increases are due to the upgrading of the engines to the TFE731-20BR configuration. These are the “BR” engines. LJ40 owners can upgrade their aircraft through the incorporation of several service bulletins. 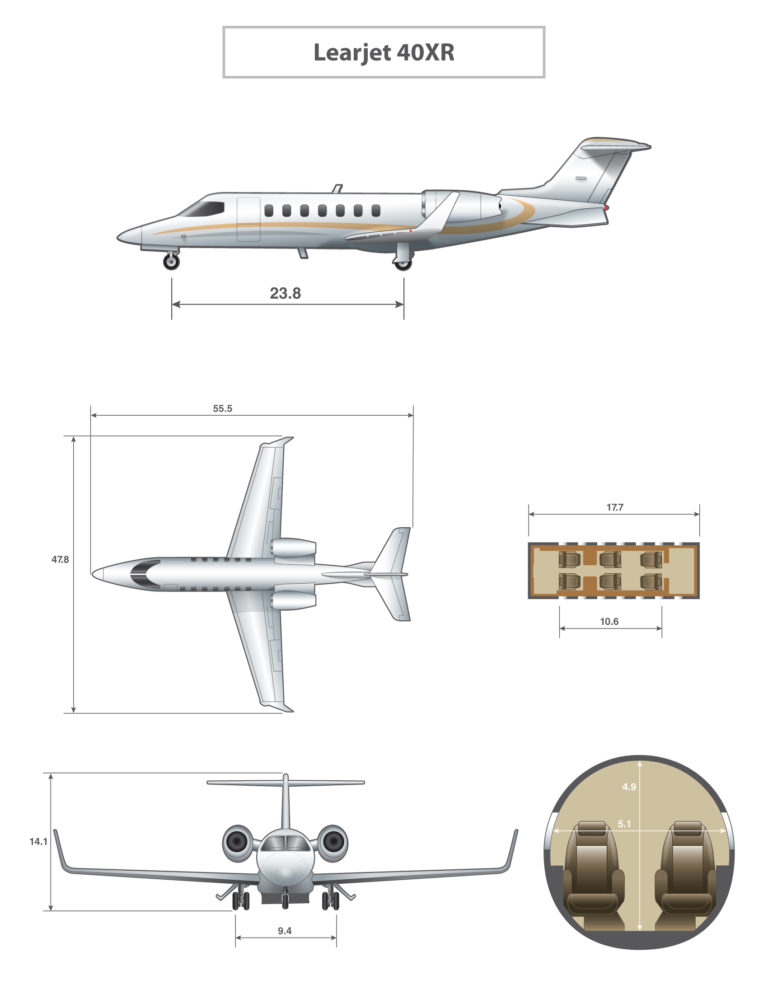