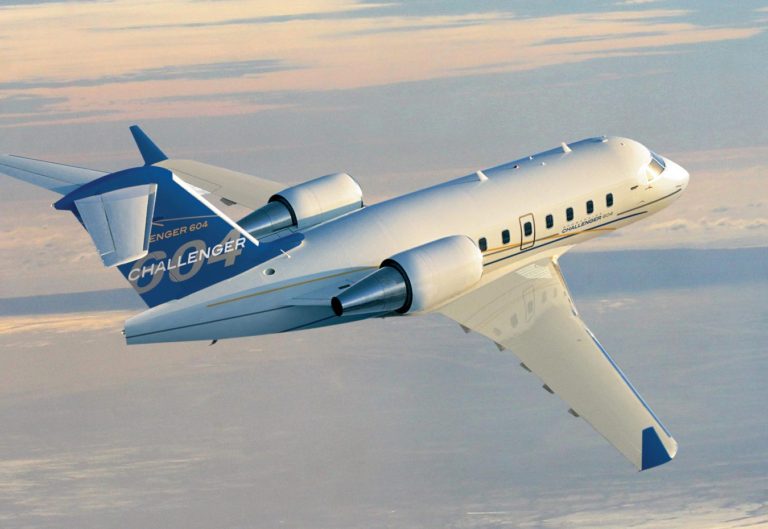 The Challenger 604 has advanced GE CF34-3B engines, increased fuel capacity including saddle tanks in the rear of the aircraft, new undercarriage for a higher takeoff and landing weight, structural improvements to wings and tail, and a new Rockwell Collins ProLine 4 avionics system. 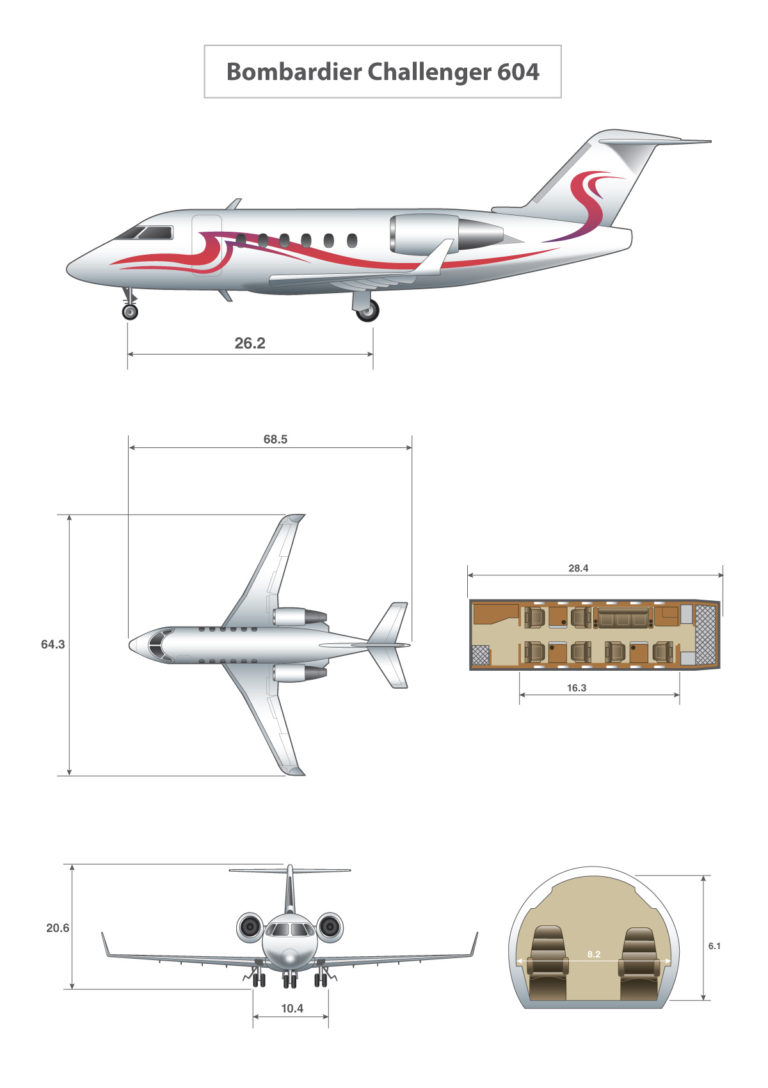